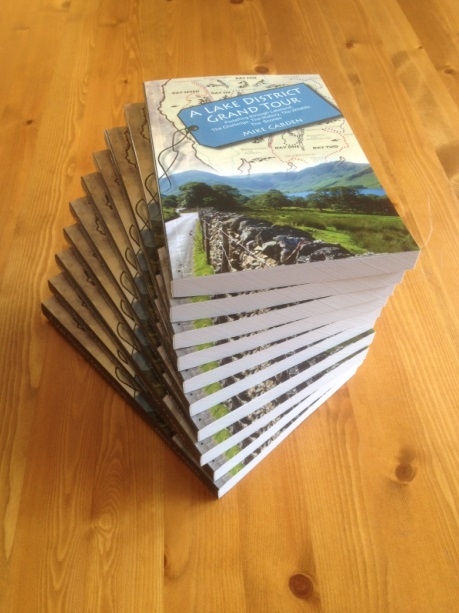 The Challenge, The History, The Wildlife,

The North West Evening Mail: “For the armchair adventurer, cycling the Lakes with Mike is an enlightening experience”

Cumbria Life magazine: ‘Relaxed and chatty with a ready wit.’

The Cumbria Magazine: ‘A sense of humour in abundance.‘

The Lake District in Books: ‘I lost count of the wifely queries, “What are you laughing at?”.‘

In ‘A Lake District Grand Tour’, Mike visits all the lakes of Lakeland, pokes into its most distant corners, and cycles over every mountain pass (well, he attempts to).

Along the way he tells the story of Lakeland. He sees where poets wrote and climbers climbed, he tells of ‘oond trailin’ and fell-racing, and he hunts for golden eagles and elusive ring ouzels.

With his twenty-year-old son alongside him on the ride (actually more often ahead of him, disappearing up a hill) and sharing his sense of humour, Mike’s story of The Challenge, The History, The Wildlife and The Scones is proving popular.

Also available in a Kindle edition.

The Route of A Lake District Grand Tour